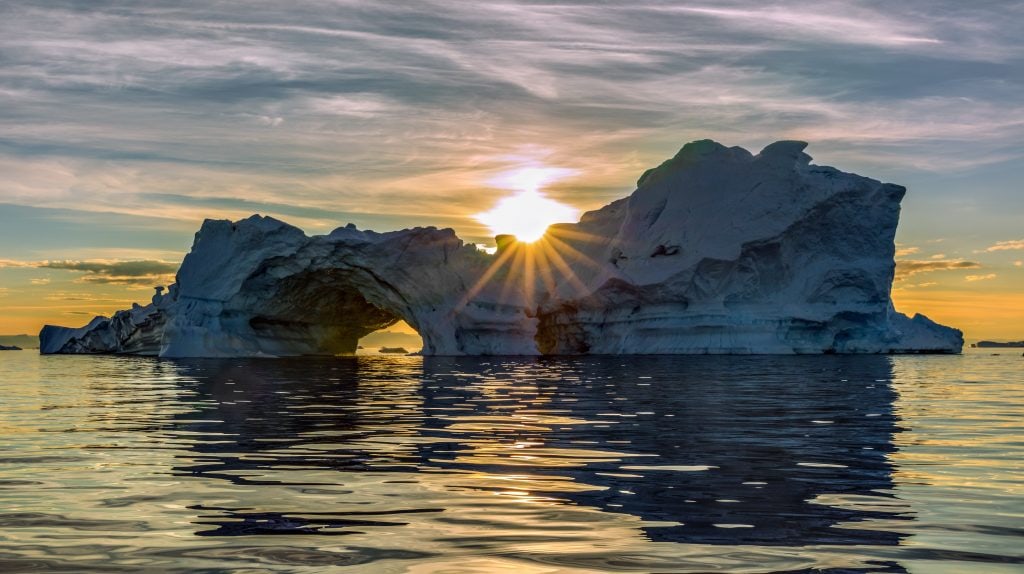 Few places combine magnificent scenery and the raw power of nature quite like Greenland. The world’s largest island has glaciers and ice caps galore. With vast expanses of wilderness, adventurers have the freedom to wonder, whether on foot, by ski or dogsled to discover what secrets the mountains capes and glaciers hold. With dozens of photogenic villages, kayaking, rock climbing, iceberg cruises and salmon fishing, there is more to Greenland than meets the eye.

This information can be useful when traveling to this beautiful country

Climate
The temperature in Greenland is dependent on the exact location and season of the year. July is the warmest month with an average temperature below 10°C. Winters can be very cold with an average temperature around -10 °C.
Public Transport
There are mostly no roads between the towns in Greenland and all transportation is conducted by air or ship.  At shorter distances outside the towns, you can travel by boats, dogsleds and snowmobiles. The capital Nuuk has a well-developed road network.
Internet
Hotspots have been established in most major hotels, and more and more hotels are offering connections from their rooms. There are Internet cafés in bigger towns.
Money
The currency in Greenland is the Danish kroner (DKK) which is divided into 100 øre. 1 DKK equals approx. 13 Euro cents/12 pence. Many shops and restaurants do accept foreign currency in cash but it is advisable to pay in DKK.
Shopping
On Nuuk’s pedestrian street you have the opportunity to browse different types of shops and to pick up classic souvenirs ranging from sealskin mittens, jewellery, furs and fine tupilak figures in bone and soapstone.

This information can be useful when traveling to this beautiful country

Greenland’s current head of state is the Queen of Denmark, Margrethe II.
Greenlanders live in 120 localities around the coast and 65 of these settlements have less than 100 residents each.
Greenland is old: its ancestors, the first Inuits, came to Greenland about 4,500 years ago.
No roads are connecting towns – citizens cover longer distances by ship, aircraft, or helicopter.
July is the only month in which Greenland's temperature rises above the freezing point.
The official currency is Danish Kroner.
Greenland is the least densely populated country in the world.
Greenland is part of the North American continent, but geopolitically a part of Europe. 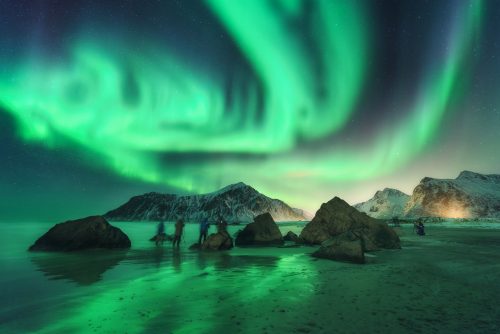 The Aurora Borealis is a spectacular natural phenomenon where natural light displays dance across the sky. Join a tour for the best chance of seeing it! 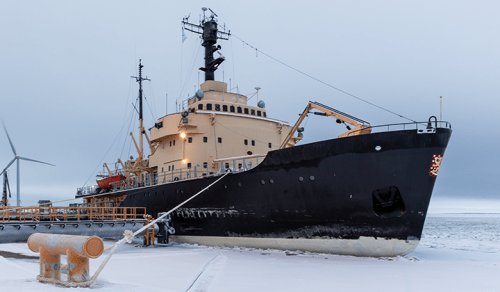 Get on board the only ships able to cruise through such icy conditions and journey to the North Pole. Walk on the thick ice and take spectacular photos. 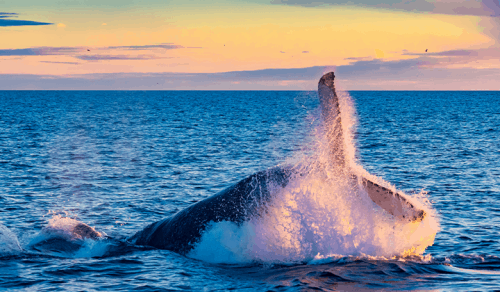 Venture into the deep blue sea on a RIB speed-boat and observe these amazing sea creatures up close in their natural habitat.

We’ll send the latest special offers and news straight to your inbox!